Updates to Robert K's profile since your last visit are highlighted in yellow. 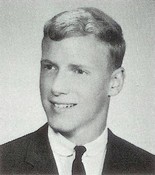 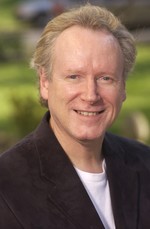 Dubbed “the dean of Nashville’s entertainment journalists,” Robert K. Oermann writes weekly columns for Music Row magazine and has been published in more than 100 other national periodicals. His eight books to date include the award-winning Finding Her Voice and A Century of Country. He has penned liner notes for more than 100 albums and boxed-set productions.

He has scripted and/or directed television specials and documentaries for CMT, CBS, the BBC, TBS, TNN and others. And he appears frequently on-camera as a commentator on VH-1, A&E, CMT and the BBC.

Oermann’s projects during the past decade include scripting the 2000 CBS television special celebrating the 75th anniversary of the Grand Ole Opry, penning the liner notes for the Grammy-winning O Brother Where Art Thou soundtrack album in 2001 and cowriting the autobiography of 2002 Rock ‘n’ Roll Hall of Fame inductee Brenda Lee. He was a judge on the 2003 USA Network series Nashville Star. In 2004 he directed the DVD Music Business 101, wrote the PBS special celebrating the 50th anniversary of George Jones and was the music supervisor and script writer for the United Stations radio series Honest Country, narrated by Willie Nelson.

Robert K. Oermann’s projects for 2005 included Patsy Cline: Sweet Dreams Still, a PBS TV special he wrote and hosted. In 2006, he wrote and hosted the PBS special Marty Robbins: Seems Like Yesterday. In 2007, he scripted the A&E Biography special on Billy Ray Cyrus, among other projects. Behind the Grand Ole Opry Curtain was published in the fall of 2008 as his eighth book. In 2009, he scripted the A&E Biography special on Carrie Underwood. He also co-hosted the PBS fund-drive broadcast John Denver: The Wildlife Concert, and the following year he served in the same capacity for Chet Atkins: Certified Guitar Player alongside pop superstar Michael McDonald

Oermann was a 2000-01 consultant to the National Endowment for the Arts. He serves on the boards of Leadership Music and the Nashville Songwriters Foundation. He is the chairman of the country committee for the Grammy Awards in Los Angeles and serves on the Hall of Fame and awards committees for the Country Music Association.

His honors include receiving the 2000 President’s Award from the Recording Academy and winning the 1999 and 2001 Nashville Scene Reader’s Poll as Music City’s favorite feature writer. Oermann also won a 1996 Nashville Music Award, the 1994 ASCAP Deems Taylor Award, the 2002 Tex Ritter Award from IFCO and the 1988 CMA Media Achievement Award. He is a 1990 graduate of Leadership Music and a 2003 graduate of Leadership Nashville.